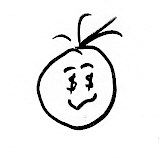 You probably heard of the “Affluenza Kid”.

This young man caused the death of four people in a drunk driving accident. The judge sent him to in-house therapy rather than jail, giving him a 10 year probation. The reason behind this was that the kid was raised in such a way by his rich parents that he never learned to be responsible for his actions, and that he was suffering from “Affluenza”.  And thus he needed therapy to learn how to be a responsible person. Except that he and his mother then fled to Mexico.

It made quite a stir, but it also illustrates a belief that many of us have: Rich people raise bad kids. Or spoiled kids. Entitled kids.

In fact, here in Germany, we have a saying about family businesses:

The founder builds it, the son stabilizes it, the grandson squanders it.

And maybe it is true that having seemingly unlimited amounts of money, and using it to “deal” with problems could create a belief that rules do not apply.

Of course, this doesn’t have to happen. I have listened to a millionaire talk about his kids, and how he teaches them to make their own decisions and live with the consequences. One of his daughters decided to go for an apprenticeship with a painter – and that was perfectly okay for him. She didn’t get any bonuses.

I’m sure his kids will turn out all right, because he put a lot of thought into raising them.

So maybe, this is just another limiting belief that could hold you back. Because I’m sure that if you have kids, you want them to become good, successful people, as well.

And being rich doesn’t mean you “have” to spoil them.

Even though it’s very clear that rich kids are spoiled rotten and turn into horrible people, I’m totally okay the way I am, and I’m now open to the possibility that maybe this happens because of the parents and not because of the money.

Even though I have learned that all rich kids are horrible, spoiled and entitled, I’m totally okay the way I am, and I’m now open to the possibility that this is not a law of nature.

Even though I am worried about my kids and want them to turn out well, and that’s possibly why I’ve refused to become rich on some level, I’m totally okay the way I am, and I now choose to become rich and still raise wonderful kids.

Your Turn:
What do you think about spoiled kids?
What does being rich do to families?
What happened while you were tapping?
And finally – what are you writing right now?
Would love to hear from you!

PS: My newsletter contains a full tapping round to go with my blog posts, so you can start getting results. Sign up through the form on the upper right hand corner, and receive that tapping round plus occasional special offers. If you’re on a mobile and can’t see the sidebar, you can sign up through this link: Newsletter Sign-up.